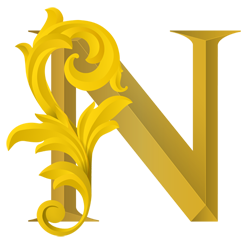 NICHOLAS SPANOS loved singing from early childhood on. This passion has led him to be currently considered the most prominent countertenor of his native Greece, and counted among the top of his generation worldwide.

He was taught the art of Singing by Aris Christofellis in Greece. In 2000 he continued his studies at the University of Maryland School of Music Opera Studio (U.S.A.) with teachers Linda Mabbs, voice and Leon Major, stage performance, as a scholar of the “Friends of Music” society of Athens; he was also supported as Graduate Assistant at the University of Maryland. He graduated in 2002 with a Master of Music Degree on Voice / Opera Performance. He enriched his studies later with a Postgraduate Course in Lied & Oratorio with Charles Spencer in the Hochschule für Musik und Darstellende Kunst in Vienna. He has participated actively in many vocal masterclasses taught by prominent teachers, such as Kurt Equiluz, Delores Ziegler, Anna Tomowa – Sintow and Michael Chance.

For several years he has been a regular collaborator of the “Ex Silentio”, “Latinitas nostra”, “Ensemble 1756” and “Pandolfis Consort Wien” early music Ensembles. In November 2002 he was awarded the “Best Young Artist of the Year” award by the Association of Theater and Music Critics of Greece. In 2006 he was awarded First Prize at the “TECHNI” National Competition for Opera Singers, held in Thessaloniki.

He has participated in the CD recording of Händel’s “Oreste” (2004) and “Tamerlano” (2006) by the German label MDG as well as a CD based on Metastasio’s “Olimpiade” with the Venice Baroque Orchestra (V.B.O., 2011) for NAÏVE Records.

He is at home in Vienna, Austria, performing all over the world.-